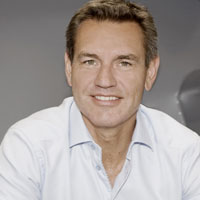 The company was caught in a downward spiral and he felt powerless to save it from collapse. The MBA, however, to his own great surprise, gave him the tools he needed to turn things around.

»I was the managing director of a company that was in serious trouble. So much in fact, that I expected our revenue to drop so significantly that we would simply have to shut down the company. That’s why I decided to join the MBA program, but it was only because I was sure that I would soon be looking for a new job,« says Flemming Bille, former owner and managing director of B. Bille A/S – a producer of fans for industrial use.

Fortunately, things did not go as planned. The MBA got him started on a completely different path that would end up saving the company and turning it into a profitable business.

»The strategic insights and tools I got from the MBA program gave me a solid base for generating new ideas. It really got me thinking and opened my eyes to a lot of new opportunities that I had not been able to see before,« says Flemming Bille, who holds a degree in technical engineering from the Technical University of Denmark. »I had never had a single course in a business related subject at the Technical University so everything in the MBA program was completely new to me. I suddenly understood the importance of making ourselves more interesting to our key customers and I even learned how to think disruptively.«

B. Bille was a subcontractor to large construction companies that supply their customers with turn-key factories and Flemming Bille got a real eye-opener as he got a better understanding of what the process of buying an industrial fan looks like as seen from the customer’s point of view.

»I realized that we needed to supply our key customers with 3D drawings of our fans at a much earlier stage of the planning process, if we were to stand a chance of getting the contracts. We needed to make their process easier for them. It used to take us a lot of time to make the drawings, but by standardizing our entire product line and investing in new IT equipment, we were able to provide the drawings in a matter of minutes,« says Flemming Bille.

The changes paid off. Five years later, costs had decreased by 20 per cent and B. Bille doubled its revenue from 2013 to 2014. And the success did not go unnoticed. In 2015, Flemming Bille was approached by Moldow, one of B. Bille’s fiercest competitors, with an offer to merge the companies.

The offer gave him a lot to think about. B. Bille had existed for 50 years and Flemming Bille had taken over after his own father in 1993. Still it seemed the right thing to do.

»We had reached a point where we needed to make substantial new investments if we were to continue our growth and therefore it made perfect sense on a strategic level to team up with a larger company. The MBA helped me decide to merge and it also made the due diligence process easier for me because I understood what was going on and was able to ask the right questions,« says Flemming Bille.

In September 2015, B. Bille was merged with Barker Fans – previously Barker Jørgensens Maskinfabrik – that Moldow took over in January 2015. The new company, BarkerBille A/S, is 100 per cent owned by Moldow and Flemming Bille is the general manager of the company and in charge of Moldow’s industrial fans division.

»It was the right decision to merge and I am very happy where I am today.«